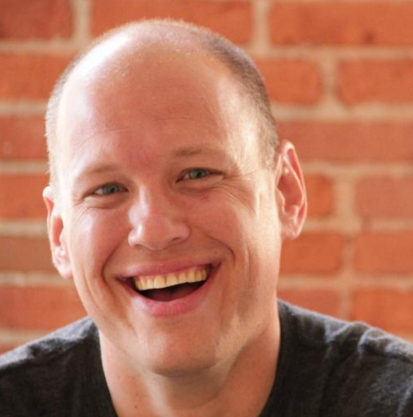 In recent times, we find ourselves living in a more interconnected society thanks to vast improvements in technology and yet, sometimes, there is a gulf between community and the individual. This distance shows us just how important civic engagement is in terms of discussing issues that affect our community.

Millennials, far from being disengaged, understand the value of civic engagement and are opting to become more involved in the political process through blogs, social media forums and NationBuilder sites. Civic engagement seeks to take individual volunteerism, organizational involvement and electoral participation, and use it to create a sense of commitment to address concerns.

Civic participation covers a wide array of activities in which citizens participate in the formal and informal political processes that address community needs and seek to improve the quality of life for individuals, groups and entire communities.

In trying to learn more about the importance of civic engagement, we reached out to Adriel Hampton,the CEO and principal consultant at The Adriel Hampton Group Ltd, a digital strategy firm providing growth consulting and service to startups in the civic tech and politics/advocacy space and digital strategy for nonprofits and progressive political campaigns.

Hampton is no stranger to community involvement, having worked for many years as a reporter and political editor in San Francisco. Referencing cultural anthropologist Margaret Mead, Hampton says he quickly learned that a small group of people was responsible for much of the change in his adopted hometown. His interest was awakened further by seeing the injustice of the Iraq War, “I joined one of the huge anti-war protests in SF even though such activism was risky for mainstream journalists. A couple years later, I left journalism so I could become part of the civic story instead of telling it – and the first thing I did was create a campaign to stop a large parking garage from being built in the public park across the street from my home in Walnut Creek, CA.” The effort became very emotional for Hampton, as the city’s plan for the garage would have pushed out a family that had lived behind the park for 70 years. Thankfully, the group were successful in getting the city to change its plan. Driven by the success of his first campaign, Hampton got involved as a volunteer in Barack Obama’s campaign in 2008, then started a podcast; Gov 2.0 Radio focusing on civic engagement and government, and ultimately ran for U.S. Congress. Quite an impressive resumé.

So what does Hampton see as the trends in civic mobilization? His initial reaction is to simply point to the multiplicity of options for civic groups now. “The beauty of self-publishing and social media is that individuals and groups can share and organize almost instantaneously.” Civic and grassroots have powerfully leveraged social media and broadcasting tools but they have also been supported through bespoke offerings. “In 2011, I joined NationBuilder, a new company that focused on providing a platform for organizing movements.” His experience in building the NationBuilder product from very early stages to the market leading software has given him unique insight into the civic landscape in the US. However, his view is international also. “We’ve also seen online organizing play a part in revolutionary movements around the world – from the Arab Spring to Occupy Wall Street. The ubiquity of cell phones, Twitter and video publishing apps has made it easy for groups to share tactics and reach the media – such as with the University of Missouri anti-racism protests. Online media really allow people to draw attention to local movements much faster than we could before the rise of these tools, accelerating change.”

It’s easy to be critical of governments these days but Hampton feels that we have a lot to learn from the way establishment representatives continue to try and build relationships with the public, “good governments can use online engagement to work closely with their citizenry, as we’re seeing in cities like Los Angeles, where the mayor has 33,000 Facebook fans and posts regularly, or with GovDelivery, an email news distribution platform for government that now has 100 million users worldwide”.

So what makes a civic movement successful? Simple, volunteers need to be organized – just signing them up isn’t going to accomplish anything by itself. They need individual agency and responsibility. “Engage volunteers with story and spirit, and you’re building a movement. Organizers looking to build strong volunteer coalitions can study the Snowflake Model popularized in Barack Obama’s first presidential campaign – its system creates teams focused on a common goal in which individuals can work independently towards their responsibilities”.

Critical skills can be learned through becoming a leader in the community and this is something that Hampton cares passionately about. “Effective community leadership requires a lot of humility and a lot of bravery. The humility to be honest with others and share burdens, and the bravery to act despite challenges and fear. Leadership isn’t “doing the job,” or being the star, it’s the character of inspiring others and giving them the resources to be greater as part of a team or a movement than they could be by themselves.”

Civic movements seem more agile and stronger today than in the past. This strength is built on the back of a free internet and universal access which is a goal Hampton continues to advocate for. You can learn more about Hampton and the work he does by checking out his website http://www.adrielhampton.com/ .

If you would like to learn more about civic outreach tools or community management why not get in touch.