Inside the Democratic Machine: An Interview with Quron Banks 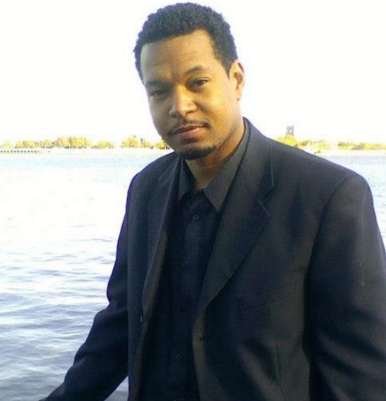 2016 is not just about the Presidential race in the US, with well over 1,000 other elections to be contested nationwide. The Democratic Senatorial Campaign Committee (DSCC) will play an important role in these campaigns as they are a national Democratic Party committee that primarily raises money to spend in support of Democratic candidates for the U.S. Senate.

The current U.S. Senate has 54 Republicans and 45 Democrats (including one independent). The 2016 Senate election takes place on November 8, 2016. There are 34 seats up in 2016, of which 24 are held by Republicans. Democrats will need to gain 4 or 5 seats to take control.

"Several months into the cycle, we are proud to already have the most diverse group of candidates in our history," said Sadie Weiner, spokeswoman for the Democratic Senatorial Campaign Committee. "This cycle's talented candidates are poised to change the face of the U.S. Senate and help regain the majority so that we've got a Senate that is once again focused on the middle class."

Hoping that the Democrats can once again regain power in the Senate, we were fortunate to speak to Quron Banks, a campaign committee member for the Democratic Senatorial Campaign Committee.

How did you end up working for the Democratic Senatorial Campaign Committee?

Quron: I wanted to know more about how politics really works from a Senatorial committee perspective. I joined a number of Democratic committee's and worked my way up, thus, I was able to join based on my experience and ability to connect with people.

The DSCC helps support Senate candidates in their various campaigns, what are the main ways in which you do that?

Quron: Fundraisers and Democratic party endorsements. We have committee people who specialize in building relationships with business owners, non-profits, spiritual organizations and community leaders. Open talks and mutual communication is key, keeping these relationships going play a big part in how support is is growing from strength to strength.

Campaigning is constantly evolving, currently, it is all about voter targeting and building communities online. How have the DSCC responded to this?

Quron: The DSCC has field committee members who promote every action and event they participate in, so the voter has a hands-on experience even if they can't attend an event. Social media is a platform to display these things and a way to gather support and recruitment.

This year there are a large number of contestable Senate seats, making it one of the most exciting elections to happen in years. What are the key battles to watch out for?

All in all, the Democrats have a great chance to win back the Senate in 2016 after losing their majority in 2014. Senate Democratic Leader Harry Reid’s (Nev.) decision to not seek reelection might benefit Democrats, who will now seek to retain an open seat.

Another hotly contested seat could be Florida, the battle in the nation’s largest swing-state instantly became a toss-up when Republicans lost Rubio to the presidential race.
The Democratic Senatorial Campaign Committee has already thrown its weight behind Rep. Patrick Murphy (D-Fla.), a centrist and former Republican. That’s likely to infuriate liberal firebrand Rep. Alan Grayson (D-Fla.), who is considering a bid, as well as progressive groups in the state. Rep. Ron DeSantis (Fla.), a conservative lawmaker with Tea Party credibility, is so far the only declared candidate on the Republican side. He could still face a challenge from another member of the Florida delegation in the House or Lt. Gov. Carlos López-Cantera (R-Fla.).

By all accounts, the DSCC have a task on their hands but it’s not one they are going to shy away from!