Why the Swiss understand their voters better than anyone else 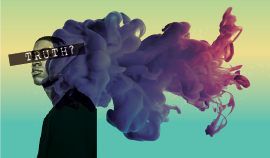 Fostering relationships and reducing the gap between voters and politicians is what the FDP in Switzerland has been working tirelessly on over the last 12 months. The better you know the voters, the better job you can do at representing them and that is the real purpose of any political party.

With Federal elections scheduled to be held in Switzerland on the 20th of October 2019, you would almost expect parties to be trying new things, right?

Standing out amongst the Liberals

The FDP are the party of big business and small government. However, they have struggled slightly to defend their place in the Swiss political landscape in the wake of the rise of the SVP. Having lost some votes to their right-wing opponents, they have been trying in recent months to boost their green credentials to win over new voters.

They have succeeded in doing this by taking to the streets in their numbers. Users of leader software Nationbuilder, the FDP were able to use tech to streamline many aspects of political campaigning. Ecanvasser have been integrated with Nationbuilder for the last number of years and are the No.1 field tool for any kind of campaign that want to improve relationships by conducting face to face outreach.

Reto Schorta from Steinhausen, in the canton of Zug, was responsible for their recent "Door-to-Door" campaign. Describing the upcoming election as a "campaign of the future", the Ecanvasser app was rolled out across 53 local chapters. Focusing on capturing every conversation, the mobile app was described as very easy to use and cemented digital campaigning as something that all politicians should be using.

Highlights of the technology

One of the major highlights of the FDP usage of Ecanvasser was the implementation of KLM shape files which allowed them to upload overlays to their Ecanvasser database and for that to show areas of supporter strength via the Ecanvasser Walk mobile app. This really helped the canvassers know the political attitude of the people they were engaging in conversations before they knocked on their door.

Localising the Ecanvasser Walk app to German and French was a must and also helped with getting more people using the app. Working on the go should be easy when it comes to campaigning but it also needs to be secure. The introduction of new GDPR legislation in May 2018 made many campaigners in Europe hesitant about capturing personal data at the door but Ecanvasser is fully secure and data complaint platform and even has an e-signature consent capture which puts many voters and canvassers at ease when out in the field.

The FDP party take their outreach incredibly serious and even implemented the usage of custom canvass status which allows for greater micro-targeting of voters. This means that each interaction is marked with a certain colour to indicate quickly what kind of canvass occurred, for example a green colour to indicate a "successful canvass", red to indicate a "no answer", blue to indicate that you should "call back" and so on.

Politics in Switzerland has always been done differently but the improvements that the FDP are doing with help from Ecanvasser will hopefully see them build stronger bonds with the voters and therefore improve the work they do at Federal level.

1. Confederate state: Switzerland is a federal state comprised of 26 different cantons which have chosen to enter into an alliance.

3. Federal laws are created by parliament, which comprises two chambers whose members are elected by the Swiss public every four years. The National Council and the Council of States.

4. The government executive, which implements the laws decided by parliament, is called the Federal Council. Each of its seven federal councillors is head of one of the government’s departments or ministries and is elected for a four-year term.

5. The parliament elects the government, it also elects the Swiss president from within the seven federal councillors, so again, not the people.

6. Only Swiss nationals may vote at federal level.

7. MPs are voted into the National Council under nationwide rules that specify proportional representation. However rules for Council of States elections vary between cantons, with most – but not all – favouring the first-past-the-post system. Elections are mostly held by secret ballot, apart from in Appenzell Innerrhoden where the people vote for their Council of States representative by a show of hands in a traditional gathering organized by the so-called Landsgemeinde, or people’s assembly.

8. Currently no single party has a majority in parliament, however, in 2015’s parliamentary elections the right-wing, populist SVP won a record 65 out of 200 seats in the lower house, boosting its MPs by 11 and becoming the National Council’s largest party.

10. Famously, Switzerland has an astonishing number of referendums compared to other nations: Any Swiss citizen who gathers 50,000 signatures in 100 days can force a referendum about any law passed by Parliament, while 100,000 signatures can kick-start an initiative to create a law.