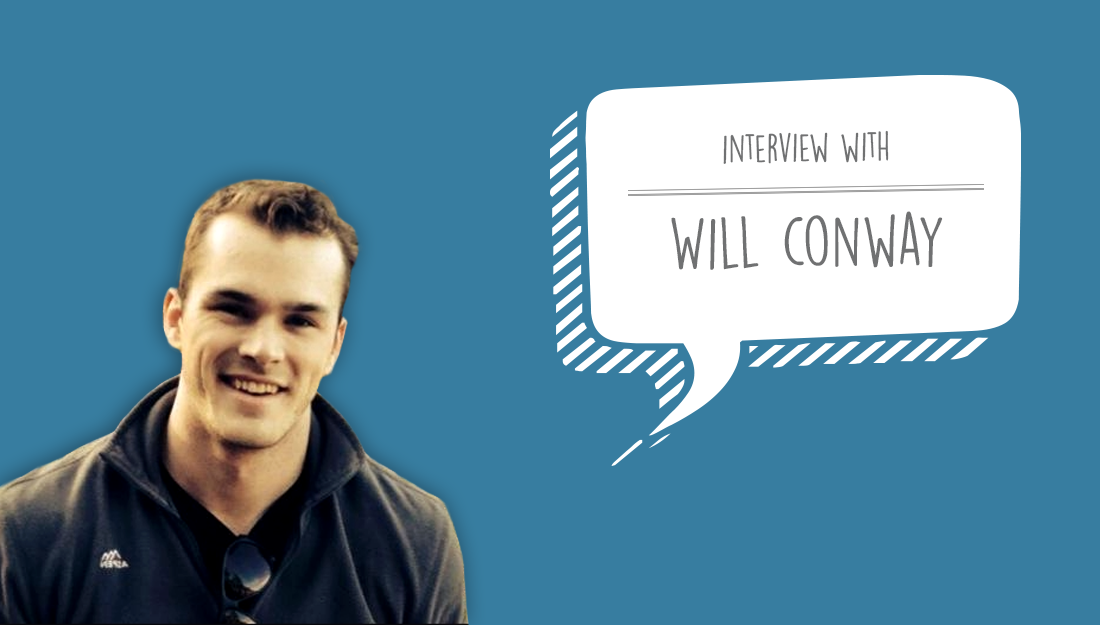 How do we make meaningful improvements in an area which is constantly changing and evolving? Simple, we just keep trying. As Otto von Bismarck said, “ Politics is the art of the possible, the attainable- the art of the next best”. To learn more about what is possible in politics, we were fortunate to talk to Will Conway, Director, Politics and Advocacy at NationBuilder.

When did you realize that building relationships were key to getting things done in the world of politics?

Building relationships in politics is intuitive, but not revolutionary. Every politician in the history of politics has built relationships to be successful. What's different now is that people can use technology to scale relationships across millions of people. THAT is revolutionary. Scaling relationships across millions does two things that just weren't possible before. Firstly, it empowers ordinary people with access and persuasion over politicians in ways never before possible (think about small dollar donations or the volunteer armies of Bernie Sanders and Barack Obama). Secondly, it empowers the politicians themselves! They can root their power in lots of relationships with ordinary people, as opposed to limited relationships with wealthy, powerful people. That lets them focus on the change they told the public they would support - no more back-room deals.

People have finally woken up to the fact that social media tells you virtually everything you need to know about someone, do you see any limits with this?

Of course social media is limited! Social media isn't the only way to interact with people. Digital engagement isn't just retweeting a follower or sending spammy emails, and the spectrum of communication is a lot broader than Facebook and Twitter. What's more important is using technology to learn how people want to communicate and what they care about, and meeting them where they are.

In your opinion in the last couple of years, what has been the greatest piece of technology that has improved communication in the political field?

NationBuilder is pretty good ;-) In all seriousness, our tech team recently released one feature that's an absolute game-changer. Imagine this: you're a voter, and a state representative knocks on your door. You tell her you'll vote for her because of her work on education, but you're not convinced you'll also vote for her friend, the mayoral candidate. Well, two hours later, you get an email from the mayoral campaign: "Hi Ciara - my friend Rep. Smith told me you're not sure if you're going to support me in November. I know you respect her work in education - I do too. Let me tell you what we're going to do for our children if you allow me to be your mayor." Powerful, right? That technology is called tag-sharing, and it lets two totally separate campaigns share information back and forth in real time.

You often talk about speaking with people, instead of at them, how do you think we can better engage in building these genuine types of relationships?

Speaking WITH people is simple - it just requires listening. As a presidential campaign or a senator or a big organization, it used to be really easy to make excuses for speaking AT people, because the technology simply didn't exist to listen to what millions of people were saying all at once. But the technology exists now - it's called NationBuilder. There are no more excuses. From social media to in-person conversations, websites to donations to events or email, we can listen to what people are saying and respond to them each like real humans. And we can do it at scale, across thousands, even millions of supporters, without any tedious merging of spreadsheets or data entry. It doesn't hurt that talking WITH people results in absurdly higher success metrics: experts using NationBuilder are sometimes seeing 4x fundraising returns on emails that personalize the content based on engagement data.

Fighting voter apathy and getting out the vote is a necessary sideline for all candidates. What have you seen from NB campaigns in recent times that have really worked in this regard?

Bottom line: people are motivated to vote when they have a personal investment in the candidate. Interesting factoid I heard in a FiveThirtyEight podcast recently: at the beginning of the 20th century, campaigning transformed from a social endeavor to an intellectual one. Rallies and banquets with candidates were replaced by pamphlets and newsletters and radio ads. Lots of good things came of this, surely. But the biggest consequence? Voter turnout plummeted. People were being preached to, not engaged with, and predictable results ensued. The lesson for today is clear: focus on building real relationships. Your millions of new friends will return the favor.

Who in the political field is impressing you at the moment and why?

Bernie Sanders has outperformed every reasonable expectation made of him, and he's done it all by taking to heart the mantra of "building real relationships with real people." His campaign has leveraged every ounce of support it can get its hands on, and it has absolutely elevated the debate in the Democratic primary. Really wonderful to see.

The use of NationBuilder by the Trump campaign is a huge endorsement for SaaS model products in political campaigns. How do you think NationBuilder might now make its mark on Presidential campaigning?

It is a huge endorsement, sure, but it's not just about Donald Trump. What's happening is that major campaigns, parties, and organizations around the world are learning that in the age of the internet, power isn't built from asking for permission - it's built from true relationships with ordinary human beings. NationBuilder is the tool that allows for genuine relationship building. As everyone from the US Chamber of Commerce to local candidates for school board flock to NationBuilder, it's becoming clear that this new model of leadership - power derived from relationships - is catching on. That's how NationBuilder makes its mark.