How to do Phone Banking for Your Campaign 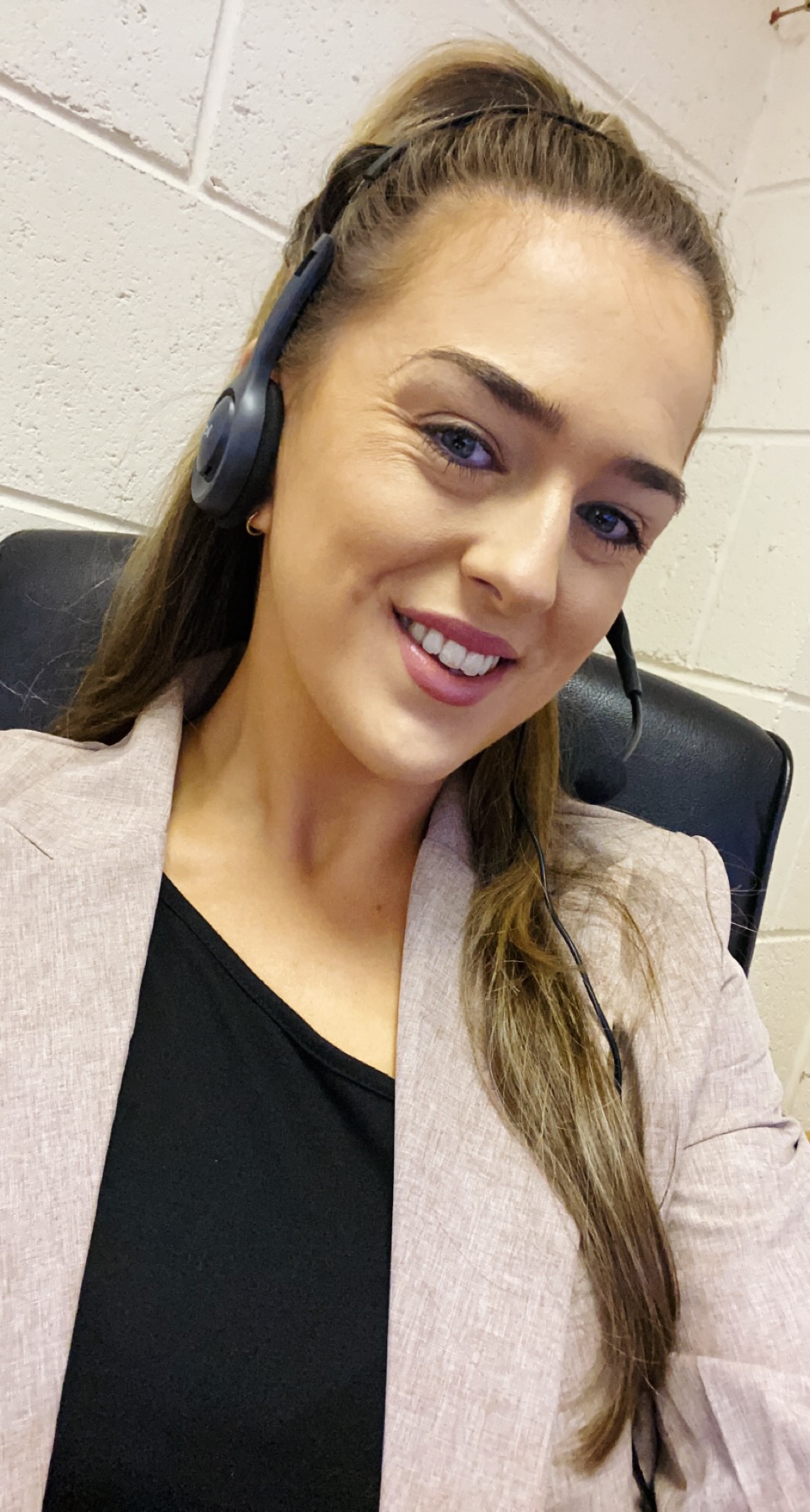 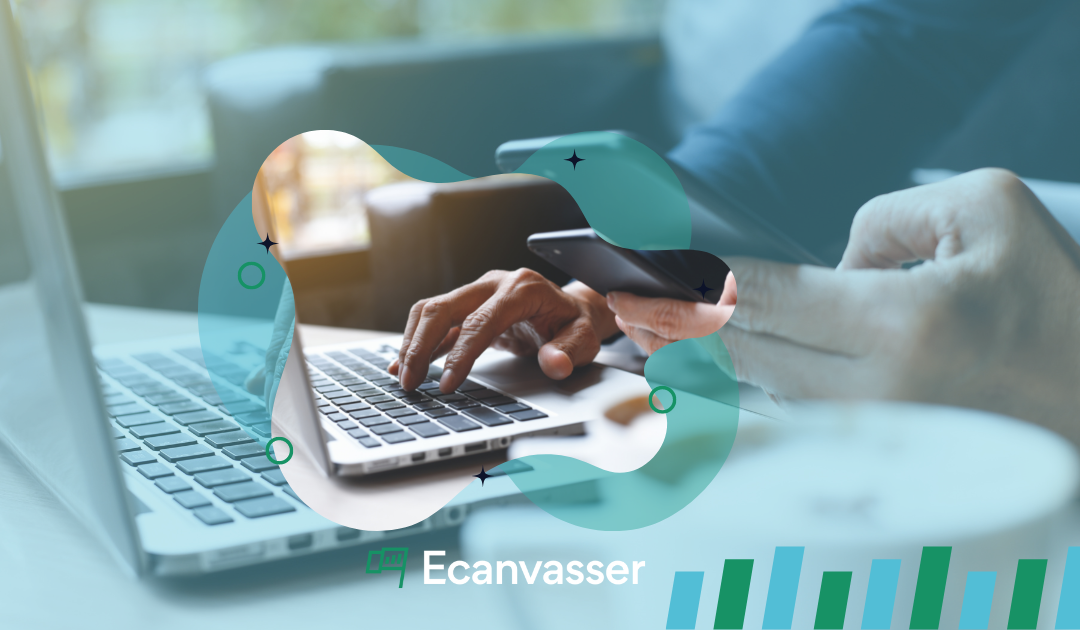 What is Phone Banking?

Phone banking has become the unlikely political campaign software hero as real-world activities have been impacted in recent years, very significantly. It has stepped into the gap in the market for voter contact that can be conducted 100% safely and still be effective. Political campaigns and advocacy software campaigners are continuing to reach voters and push them to vote/donate/volunteer from the safety of the canvasser’s own home.

How is it done?

So, what does it look like in practice? Phone banking is traditionally done in groups of volunteers who come into a campaign office and blast through a list of voters using a call script. This year, that has changed somewhat as canvassers are using their own phones or browser-based dialing tools from their own homes. They are being assigned lists of voters to call through political technology like Ecanvasser. All interactions are captured by logging drop-down responses to set questions. In this way, thousands of voters can be contacted efficiently and follow-up work can be done with potential supporters.

SMS outreach can be substituted for phone banking too and is oftentimes more effective in terms of getting the message opened by the voter. SMS messages sent to a voter can be responded to with simple drop-down answers and, in this way, the same information is captured as on a phone call.

Democracy is operating in a digital age and there are significant challenges in terms of making sure that campaigns do not abuse datasets and voter files they have on their electorate. For this reason, peer-to-peer texting and calling have become very popular as a form of relational organizing. This means that the calls and texts are typically sent by a local activist to people in their community or even in their own network. This keeps the interaction more personalized and avoids people feeling that they have been ‘spammed’ by a political campaign.

The data that is collected can be extremely detailed including surveys on specific topics such as education, healthcare, and so on. Or, it can be used as a research tool to better understand the electorate and build campaign messaging that resonates better. Phone banking and SMS outreach are great ways to make a campaign out of their own bubble and create community outreach.

How Effective is Phone Banking?

You might ask, how effective is phone banking? There is a very reasonable belief that people don’t answer phones from numbers they don’t know. So, how could this really work? Taking the lead from CallHub again, a recent campaign they ran with Jagmeet Singh in Canada saw the voter turnout rate among those who received a call from the campaign team to be 70%, as opposed to just over 50% in the broader electorate. There are other elements that greatly increase the efficacy of phone banking, for example,  the quality of the voter file being used [we recommend using L2 voter data for up-to-date phone numbers]. Another element that helps with phone campaigns is the p-2-p element with local activists being used to making it far more personal and persuasive.

In France, our partners CallHub were used extensively by Les Republicains, one of the main political parties there to make over 900K calls and find 8,000 new supporters for their party. This work was undertaken in just a few weeks and helped to motivate the existing party activists, tying them to real achievement in supporter onboarding.

Effectiveness is not just measured in terms of whether it results in a vote, or a donation, it is also measured in terms of whether it creates momentum for the campaign, whether it motivates volunteers and gives them a common pursuit that they can create campaign messaging for. Robocalls, SMS broadcasts, and the excessive use of voter data are coming to an end but the newer ways of delivering phone campaigns are innovating beyond this thinking and creating whole new ways of engaging voters.

What Will You Need?

Firstly, you will need the best possible list of voters/citizens with phone numbers appended in order to create a functional voter file. If the phone numbers are mobile numbers then all the better as they are more likely to be answered or checked and they can be texted, not just called. We use L2 Data to provide us with up-to-date phone information on voters but you can also use Aristotle, Catalist, or your own political organization.

Secondly, you will need some sort of system for dialing or texting these numbers. You can use our partners CallHub to handle all the numbers you have and create lists to send to. There is a lot of detail about how calls or messages can be delivered. For example, you might build a template sequence of texts and automate those for your voters. Or, you might try a more p-2-p approach and assign some voters to an activist and let them make calls or texts using their own judgment and some talking points. Either way, you will need the ability to make the call such as a browser dialer, office phone, or the activist’s own phone or text service on their phone. Both CallHub and Ecanvasser have the ability to cut a list of voters into segments and assign that to activists’ phones or laptops.

Thirdly, you will want to have either a call script or talking points assembled for your volunteers. The call script helps volunteers with minimal training to make the call and structures the questions and answer options for them. If you are working off talking points and relying on the activist’s own discretion during the call there should still be some way of capturing data in a structured way. Otherwise, calls can result in sense impressions and anecdotes which cannot be used by the campaign subsequently. A typical script might have a number of steps within a phone banking strategy for a caller to cover, here is an example:

1. Have you heard of the candidate?

2. Are you registered to vote?

3. Would you be interested in voting for the candidate?

4. Do you need help getting to the polls on election day?

5. Would you be interested in donating or volunteering for the campaign?

Fourthly, you will need a simple system for inputting responses including whether they picked up, how many calls were made, what the answers were, and any extra information they might have given you. This will likely be an onscreen dashboard for logging responses in real-time and an automatic counting of calls made, their duration, etc. Ecanvasser or CallHub are excellent solutions for this type of data capture. Analysis of this data will also include things like survey response graphs, volunteer leaderboards, and follow up tasks for your team.

Finally, you will need to train all of your volunteers in these systems. It should be very straightforward to run through call scripts and how to input responses correctly. Some training might be needed for handling difficult situations also.

"When our candidates capture data during the voter outreach phase, it allows us to see in real-time what the voters in the electorate are saying and what their mindset is." - Brett Allred, Amber Integrated

Across Oklahoma State Amber Integrated onboarded and trained 10 different campaigns covering a mix of state and local races. During this time they also had to adapt their campaigns to the challenge of COVID 19 and having to move from field to phone campaigning. They were able to do this seamlessly with Ecanvasser’s feature releases in response to the crisis. The blended approach of digital and real-world campaigning strategy is a winning combination for their clients.

Typically, phone banking campaigns will try to reach multiple voters compared to the number of votes they need to win. If you will need 10,000 votes to win the election then you may want to phonebank 30,000 voters in the period before the election. Let's say you have 4 weeks to run your phone banking. With 30,000 calls/texts to be made, 28 days, and 2 hours per day to spend on phone banking, with your volunteers making 15 calls/texts an hour, you would need approximately 36 volunteers to comfortably reach everyone.

Set up an office space with phones, call sheets listing out the voters to call, and then the means to input the responses into a browser. This is a manual process and results in 10-15 calls per hour per volunteer typically. This can also be done virtually from volunteers’ own homes instead of from an office. Lists can be assigned virtually through Ecanvasser or CallHub.

Here the list is assigned directly to the volunteer’s phone and they make the calls or texts from their own number. It is likely to be a smaller list than in the previous example as it will be from their own network or the local area. Information and responses are input into the call dashboard the same way. 5-10 calls per hour is typical here as the personal nature of the interaction is naturally slower and allows for small talk to establish credibility and rapport.

How to Implement it #3 - Autodialers and SMS Broadcast

Finally, using autodialers that place the calls and then patch them through to volunteers when they connect, you can make you're calling more efficient. It does require volunteers to be using call scripts usually but it can result in about 25 calls per hour per volunteer so is a good model for GOTV close to election time.

In Canada, the nonprofit Organizing for Change used phone banking techniques like A/B testing to constantly amend and improve their phone scripts and the conversations they were having with voters. It resulted in an increase in voter turnout by 7%, for many that would be a winning advantage! We hope this overview was useful for you when considering phone banking this year. If you would like a free trial of Ecanvasser or CallHub then please get in touch.