Democrats, Not Russia, Are The Reason Why Trump Won 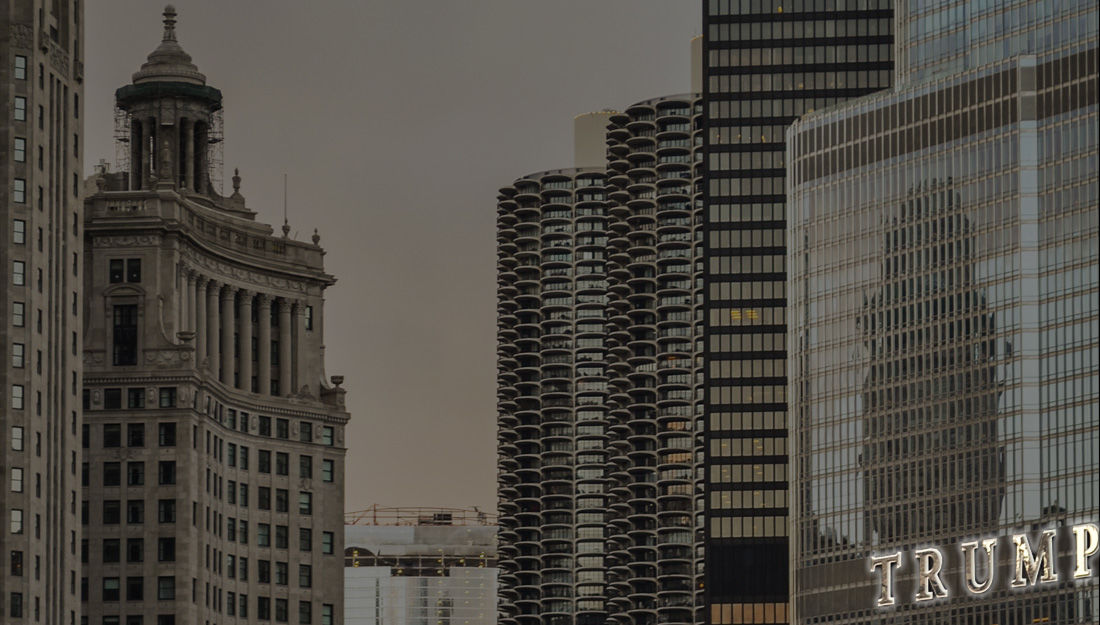 It’s late December, which means people have had nearly two months to post-mortem the US Election results. Republicans are still a little mystified that Donald Trump got elected when Mitt Romney failed. Democrats are growing tired of pointing fingers at each other and for everyone in between, well, our popcorn needs refilling.

We’ve read enough to understand that everyone has an opinion but what has stood out from 2016 is the overarching narrative that ‘change is good’. The facts are there, the GOP gained substantial ground in middle-class communities in 2016 compared to Obama in 2008. So why did these Barack Obama supporters suddenly flip between two completely different candidates? Was it because the alternative was Hillary Clinton, a seasoned politician who simply didn’t represent the mood of the current electorate? Was Trump playing on people's fears? Was the messaging of each candidate really that significant?

What The Research Shows

According to the Pew Research Center, the Republican Party made huge inroads into America’s middle-class communities in 2016. Although many middle-class areas voted for Barack Obama in 2008, they overwhelmingly favored Donald Trump in 2016, a shift that was key to his victory.

So what exactly do these findings mean? Well, it’s simple, this analysis highlights how the middle class shifted allegiance over the course of Obama’s two terms as president.

Middle-class communities were defined as metropolitan areas in which at least 55% of the adult population lived in middle-income households in 2014. Of the 221 areas examined, there are 57 such solidly middle-class areas, and they were almost equally split in 2008, with 30 areas voting for Democrats and 27 for Republicans.

In 2016, Trump successfully defended all 27 middle-class areas won by Republicans in 2008. In a dramatic shift, however, Hillary Clinton lost in 18 of the 30 middle-class areas won by Democrats in 2008. Note the interesting wordings there, Clinton lost, not Trump won. We can deduce thus, that Clinton was the issue here, well according to Pew anyway.

Most of these middle-class communities are located in the Midwest or the Northeast. In many of these areas, Democrats experienced double-digit drops in support, compared with a 5-percentage-point drop nationally. For example, in Johnstown, Pennsylvania, Obama won with 50% of the vote in 2008; in 2016 that share dropped to 30% for Clinton. In heavily middle-class Wausau, Wisconsin, a similar pattern also emerges: 54% voted for Obama in 2008 versus 38% for Clinton in 2016.

Overall, Democrats experienced widespread erosion in support from 2008 to 2016. Their share of the vote fell in 196 of the 221 metropolitan areas examined. The loss in support was sufficiently large to move 37 areas from the Democratic column to the Republican column, and, as noted, 18 of these areas were solidly middle class. The slippage seen in 2016 is a continuation of trends that originally appeared in 2012. While Obama largely held on to these same middle-class communities that ultimately supported Trump, 2012 election results show erosion in his margin of support.

It’s hard not to grimace when Trump’s victory is attributed to people simply, ‘not liking’ Clinton when she won the popular vote by such a large margin. Is it that impossible to comprehend that Trump may have just been the right candidate for the Republican party? He was just audacious enough, just scary enough and just opposite enough to Obama to ignite the interest of the same people who were wooed by a shiny new hope back in 2008.

The Climate Has Changed

Had Clinton assumed she didn’t need white working-class voters or took their support for granted?

Further research showed that Democrats were more likely to have lost ground in manufacturing-dependent areas. Of the 56 communities with a relatively large share of manufacturing jobs, Trump picked up victories in 15 metro areas that had supported Obama in 2008 and held onto another 29, leaving only 12 communities in the Democrats’ column. In these areas, 10% or more of the workers in the area were employed in the manufacturing. In this sense, we can see that Donald Trump’s “Make America Great Again” worked. What part of Hillary Clinton’s message was aimed at less educated white voters? It wasn’t at the core of her appeal this year. It was nothing like 2012 when President Obama relentlessly focused on the middle class.

For some people, there is nothing worse than feeling like your Government has forgotten about you and with Donald Trump launching a crusade to remind these important voters that he hadn’t, he may as well have driven them to the polls himself. We have already spoken about Hillary’s mistake of forgetting some key states here, and with the Electoral College playing such a significant role, there really is no saving grace for the Democrats. No Russian hacks prevented Clinton from knocking on the doors in Wisconsin.

Vox.com ran an article back in August with the subtitle “The Trump campaign is so weak that better messaging could make a big difference”, o, how wrong they were! Political commentators scoffed at Trump’s wild and sometimes outlandish rhetoric, failing to see just how much it resonated with the middle class, the people who felt the brunt of any economic and social hardship. Granted, the messaging of Trump may have worked in reverse for any other candidate but that’s no longer the point due to his success. Both men were seen as vehicles for change, and it seems after 8 years under an Obama administration, a Clinton one wasn't necessarily seen as positive step forward. The Republicans benefited hugely from the gaps in the Democrats ground game, not entirely due to any hardwork of there own, but benefited none the less. Many who are still bewildered about what happened in US politics in 2016 need to now draw a line under it and prepare for 2017.

If you would like to know more about the best way to campaign in 2017, why not sign up below.