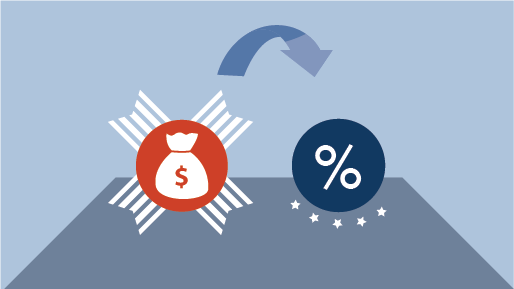 Return on investment for political campaigns

Assessing return on investment is a standard practice within businesses which are very similar to political campaigns in terms of challenges experienced. However, most ROI calculations are based on a specific, measurable ‘return’, such as revenue or profit. In political campaigns or in issue campaigns the end goal tends to be a simple win/lose but you can apply an ROI mindset to the running of your campaign by giving a monetary value to a measurable item, for example, votes pledged.

Check this video out on how to run your campaign like a business. Great tips for you this year.

What is the political investment?

So, what is the investment that you are making? Well, obviously there will be a financial investment, but the biggest investment is time. Man hours pulled from volunteers, staff and yourself will be the greatest investment you make and should be a priority over fundraising from the beginning. In fact, resource-raising should be treated similarly to fundraising by targeting your past supporters for volunteering, by calling in favors from your community, and by creating an inspirational narrative that pulls in volunteers from the community.

All that being said, cash reserves are one of the most reliable indicators of campaign success. Bigger coffers confer greater power in terms of advertising spend, purchasing campaign materials and in facilitating a ‘yes’ to campaign requests. With this in mind, fundraising must also be a focus of the campaign.

Two things arise from these opening remarks. The first thing is that it is worthwhile sitting down and setting targets for both fundraising and resource-raising. The second thing is that both of these investments (resources and money) need to be protected and not squandered. So you want to be efficient in the early stages of your campaign at raising volunteers and money and you then want to spend the rest of your campaign getting the best from these.

Calculating the amount a pledged vote is worth to you can be done in different ways. For example, if 10,000 votes will win you the election and you are willing to spend $500,000 to win then each vote would be worth $50. A pledged vote (because it has not been converted to an actual vote) might then be deemed to be worth $40 to you as 20% of pledged votes will not convert to actual votes on the day. It is not an exact science but it does provide your campaign with a way to track its weekly progress and ROI.

Key performance indicators (KPIs) are a staple of modern business, providing a simple framework of targets for people to achieve. They are an essential part of the ROI effort and the perfect motivator for shorter campaigns. KPIs are directly linked to campaign objectives so an election campaign will have very clear objectives, whereas an issue campaign may have more nuanced objectives. Either way, establishing those objectives from the outset is critical and will then feed into all KPI conversations with volunteers and staff. An example of a campaign KPI would be doors knocked.

Canvass maths: If your objective is to identify 5,000 strong supporters with door knocks, you might discover that it will take 20,000 knocked doors to accomplish that objective. The 20,000 doors now becomes the team KPI. This discovery leads you on a journey to uncover the number of door knockers you will need. A volunteer is given the KPI of 200 doors to knock per week, you need 100 volunteers to cover that ground in a week, or 25 volunteers to cover it in a month.

Campaign objectives are often based around targeting, communicating, persuading (nurturing), and converting (like getting them to vote for you!). Match each of your objectives to a KPI and you will cut out inefficiency and the dreaded situation where everyone on a campaign thinks that they know best how to achieve the campaign goals.

Typical KPIs for campaigns include:

Thinking about objectives and KPIs means questioning how every one of these things relates to communication, nurturing or converting… in other words ROI.

So, KPI’s are great and they are hard currency in terms of ROI. However, they do need to be clearly measurable and measured. Every day, every week, someone has to sit down and count up the KPI figures and see what targets were reached. This can’t be done through sense impression or anecdote, meaning you need to have a specific figure you can count. Listening to Twitter in the run-up to the UK election in June was a lesson in how anecdotal ‘heard on the doorstep’ measurement of how a campaign is going is a dangerous practice. Everyone, including the Labour party, seemed convinced that the Conservatives would win by a large margin. It would be interesting to see what hard figures from social media engagement, votes pledged and money raised would have said.

Brad Parscale, coming from a web development and branding background, quietly ran the Donald Trump campaign website last year and was one of the main reasons for his success. He didn’t come from politics and employed hard data science criteria in deciding how to make changes to the campaign website based on user behavior. By testing messaging to see what visitors responded they were able to hugely increase the number of donations they received, and from a broad base of regular voters. He was also able to glean valuable information for the campaign as a whole in terms of messaging, what was resonating and so on.

One of the other upsides to all of this rigour in tracking and measuring is in motivation for your campaign team. Hard figures mean that you can show people clearly what their efforts have achieved. You can even show them how meeting your KPI targets in one area is having an effect in another area. There is great value in measurement but it does need some technology infrastructure in order to facilitate it.

When you know how many calls or knocks it takes to create a conversion, you can decide how many volunteers to recruit. If you can measure how many households are engaging with your mail piece versus a television commercial, you can better determine the percentage of your budget to accommodate the best strategies. Look at it like a funnel – if you need one voter to come out of the bottom, how many do you need to put on the top to achieve that result?

You also want to include pieces that generate reporting so you will know how things are tracking. Do you know how much activity it takes to get one supporter? Again, if you can’t tie back your conversions from all your activities, it may be time look into a different system.

When you can make these connections, you’ll gain better insights to how you should allocate resources along with a clearer picture of how your efforts are affecting your audience.

You have to know what drives your conversions – votes, supporters, whatever it is. Is it impactful to have thousands of impressions for an ad if you can’t tell how many new supporters you receive as a result? Your instincts tell you it was a great ad – that’s why you developed it. That’s great, but you need to amplify that by discovering the tangible measurements of its success.

There are great tech stacks out there to guide your ROI.

Use an expert if you can.

Campaigning is hampered in many cases by outmoded ways of doing things like pen and paper, old school networking, etc. The ROI of tech itself is compelling and it is only a matter of time before a correlation will be reached between successful campaigns and tech adoption, in the same way, that correlation exists with well-funded campaigns.