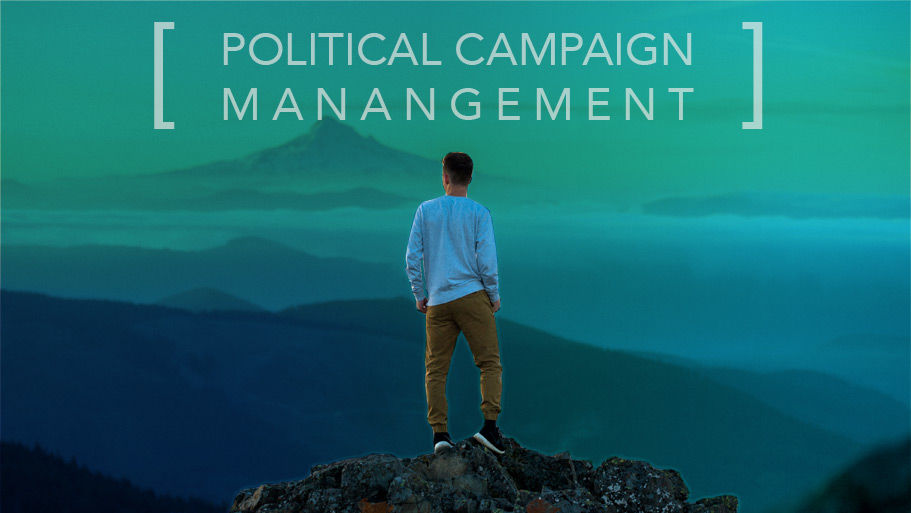 Political campaign management is a tough job, no question. It is either win or lose and it all plays out in a very public way. It is not for the faint hearted and we have a ton of respect for anyone who takes on the challenge.

Speaking with a campaign manager on a Gubernatorial race this week I was amazed to hear he had knocked on 200K doors using just pen and paper and plenty of elbow grease! He was in the ninth circle of hell with administration and data entry but he was certainly getting work done for the campaign. We talk to campaign teams from Albania to Alabama every single week and the stories we hear show how committed and creative political campaign management can be.

Why do they do it? Well, usually they really do believe in their candidate, that is the first thing. Cynicism hasn’t completely taken hold. Secondly, when you win after fighting so hard in a campaign, there really is no better feeling. We want you to have that winning feeling too so here are some of our best tips for streamlining your campaign management and driving to victory.

Campaign technology, CRM systems, advertising software, voter files, email blasters, canvassing tools and so on are all critical to management teams nowadays. What they let you do is understand voters better, communicate more efficiently and scale one-to-one relationships easily. When election day comes having the right software in place will give your campaign a real competitive advantage.

In the last 3 years, digital and mobile campaigning has become the norm for major political parties. In our opinion, voter database management will be the key differentiator in the next two election cycles and the organizations that get out ahead will be out of sight for the next decade. We are all familiar with the Democrats voter targeting approach but the Liberal Party in Canada and the Australian Labor Party have also shown the way in terms of leveraging software to get an advantage over their rivals.

At Ecanvasser our vision for our customers is that they would have, in one tool, everything they need to mimic the best campaign management in the world. How do we do that? We give you the functionality you need to build your database of voters and your database of supporters.

Activating supporters to come into your campaign team should be easy. If you come across a supporter, either on the doors or in the community, you simply need to get their email address and you can then invite them to your campaign team. All onboarding is done automatically through Ecanvasser so you can grow your team quickly. Growing your team from 10 people to 100 doesn’t take long and will completely change the way your grassroots operations work.

All voter contact is logged automatically so no data entry! This is the power of Ecanvasser in election mode.

The traditional way of viewing campaign budgeting is, firstly, the more money you have the more likely you are to win. This year, that logic doesn’t appear quite as comfortable as it may have in the past, just ask Jeb Bush where his $105 million went! That said, let’s not throw out the idea of budgeting just yet.

In principle your budget is based on the number of votes you need to win election. In a first-past-the-post race this is simply 50% of the turnout plus 1 but in other electoral systems like Proportional Representation or Electoral College, it may not be as concrete a figure. Either way, you should attempt, at least, to estimate the votes required figure. Let’s say for this example your required votes figure is 10,000.

At this point you will then need to figure out how many ‘voter contacts’ will need to take place in order to reach that required votes figure. These contacts can be advertising, direct mail, email, sms, canvasses or a variety of other means. On average, a voter may need to be contacted by you 5-7 times in order to convert as a supporter. If you are chasing 10,000 votes you may need to budget for 70,000-100,000 voter contacts.

Estimating the voter contacts and multiplying it by the cost of a contact, say $1, will give you your outline budget, in this case, $100,000. There are usually guideline figures available for cost of contact. If your cash in hand at the start of the campaign is $5,000 you now know your fundraising target is $95,000.

This is, of course, a gross simplification of a real budget but it may provide a starting point for you that you can amend as your campaign progresses and you start to see the real cost of voter contacts. What is certain though is if you can activate supporters to become volunteers it will have a huge impact on your budget and allow you to do a lot more with a lot less.

Just as I referenced Jeb Bush’s failed campaign attempt, it is also worth noting the incredible achievement of Donald Trump in his campaign simply through the promotion of his messaging. Establishing a core set of beliefs from the outset will be very helpful. Detailed responses to major issues will also need to be worked up. This messaging can then be disseminated to staff and volunteers so everyone is singing from the same hymn-sheet.
Campaign messaging will have to respond to changing circumstances and issues so should be flexible. As part of this flexibility, there should be an element of feedback loop from voters as they react to the messaging they are hearing. Is there a negative reaction to a certain element? If so, do we change it to mirror the voters or do we stand our ground and present our argument again?

Your voter database, whether it is 2,000 or 200,000 people, is one of your greatest assets and you should know it inside-out, including voter segments like Supporters, Canvassed, +65’s, and so on. You should also be able to view your database in map format for ease of organization. With Ecanvasser, a campaign staffer can usually administer a database of 50,000 voters including team management, voter segments, canvassing turfs and campaign messaging. This is a huge increase in efficiency for your campaign team.

Knowing your voters - gauging the mood

Knowing what voters think is simple, just ask them. Use surveys to gauge the public mood and inform campaign messaging. Conducted face-to-face or online, this research should form the backbone of your campaigning and will ensure you are never out of touch with your electorate. Five questions or less work best. This research needs to be done right up to election day to capture last-minute changes and it needs to be done on an ongoing basis in constituency work. This is what representative democracy is.

Trying to track specific issues from voters is the single biggest challenge your team will have. From potholes to school places, constituents need help with a myriad of issues. Once you have Ecanvasser working it is a simple few clicks to log an issue, attach it to a voter and then assign to a team member for follow-up. No issues get lost, voters have their problems addressed and you have a valuable resource of casework all in one place. This can be done by all of your team, wherever they are, all on their mobile device.

Most things in a campaign are done outside of the office. Ecanvasser is made up of a cloud-based campaign dashboard and also a mobile app for data collection and database administration. The next time you, or any of your team come across an issue while out in the community you can log that issue with a simple couple of clicks on your mobile. Mobile campaigning allows you to log issues, update voter information, do surveys and view your campaign stats on the run!

In addition to the features we have already mentioned like voter mapping, mobile app, surveys and issue tracking, Ecanvasser still has a few tricks up its sleeve. Other notable features that our customers love include: