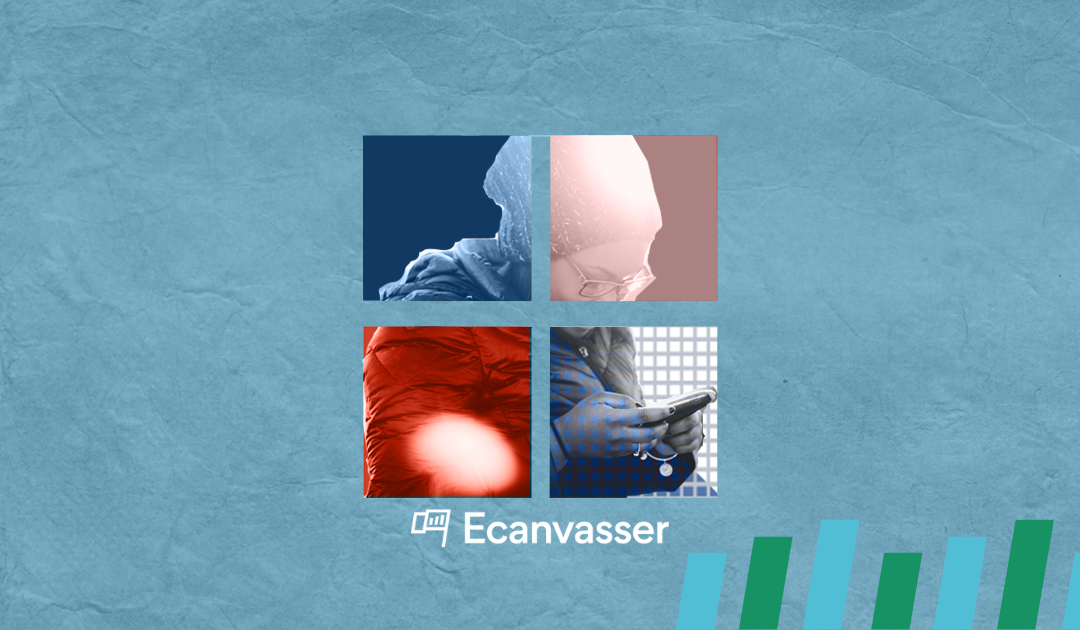 ‌Recent global pandemics has forced some political parties to enforce the well known but not entirely understood mechanism of campaign building - relational organizing. It is not a new phenomenon, as a matter of fact we have been doing it for years without actually measuring it.

‌‌The buzzworthy, friend to friend community outreach is powerful - we use it daily, in every aspect of our lives. “Will you like my friend’s new Facebook page?”, “Will you tell your mom that we are holding a bake sale at the weekend”, “Are you interested in coming to this speaker with me at the weekend?", “Will you vote for my father next weekend, you guys have a lot in common!”.

‌‌Think about it this way, a volunteer reaching out to someone they already know is more effective than a volunteer reaching out to strangers. If you got a call from a campaign organizer asking you to vote, it would be easier for you to ignore it than if your cousin texted you and asked you to vote. In the current climate, political organizing makes more sense if it is relational organizing. Building new, value adding relationships with voters in the community makes relational organizing so powerful and is a key stone part of political canvassing and allows you to leverage grassroots organizing.

‌‌At its most basic, relational organizing is about getting other people involved in your campaign. The best way to do this is to have those people be invited into the campaign by referral from a friend or family member. A simple introductory sentence such as, “hey, I’m doing some volunteer shifts with Candidate X this weekend, you wouldn’t be interested in helping out with the campaign would you?” can start a whirlwind of relational organizing. From that initial introduction the engagement with the new supporter should be by the campaign team rather than relying too much on the personal relationship. This simplifies the process for everyone and means you are not leaning too heavily on the supporters who are kind enough to get others involved. Relational organizing takes many forms but the simplest is this recruitment drive aspect. It is clean and simple and allows the campaign team to then suggest several activities to the new recruit to get them active. What might these be? Post something to social about the campaign, volunteer to canvass, or host an event, donate money, join a campaign forum. Simple relational organizing that is proven to work.

‌‌In recent years, a huge challenge for campaign organizers was matching their voter file to their supporters and volunteers to leverage personal relationships. I assign a walk list to Mike but he knows personally a lot of people in the walk list right next to it! With relational organizing being so close to traditional “phone a friend” campaigning, it was often dismissed as assumption based. ‌‌However, we now have lots of apps that specialize in relational organizing and reporting results. They can be used for political campaigning of course but also for union organizing. Ecanvasser Go is a great way to mine into supporter’s core networks and find new supporters quickly and you don’t even need a voter file to use it.‌‌

Step 2: Use the platform without a voter file if you wish to conduct relational organizing. Invite team members and send the Go app to these members.

Step 3: Ask these team members to map their close connections into relevant groups.

Step 4: Ask your current team members to insert contact information of their connections who may be interested in your candidate or else if they wish to volunteer.

Step 5: Ask your team members to send a link to the Go app directly to their friends who can then add in their information and answer a survey. ‌‌

Get People on The Ladder of Engagement

‌‌Ok, so we have already spoken about using tech and grouping your connections in an approachable manner to get started with relational organizing. Visualizing your entire organization will allow you to fill in the gaps, thus building a stronger organization.‌‌ There are many benefits to building ‘word of mouth’ type campaigns: ‌‌Leaders who come to know each other beyond a task-oriented agenda and can do new things in new ways. New people who can be engaged around their own interests, not a one size fits all way of onboarding supporters. The capability to do a new project or campaign based on people’s real energy and motivation is evident sooner due to more insights being available. A network of people who know and trust each other, able to take action in a variety of ways over time. It allows for a stronger, more dynamic, more creative organizational life.‌‌ Relational organizing helps you push supporters who the ladder of engagement easier, as knowing people better means you can utilize their strengths. It may also require fewer touchpoints to get people to take action. Suddenly gaining donations or onboarding new volunteers is closer than you thought. ‌‌We have seen canvassers connect friends with their campaign very quickly over the last couple of weeks. These friends have become supporters but are also now the graphic designers, the fundraising coordinators, the social media officers, and so on for different branches of their organizations.

‌‌Be Systematic and Map Your Groups

‌‌The wider community or electorate should be systematically mapped if possible. Does your voter file contain information that allows you to create ‘interest groups’? If a supporter is going to approach someone from their core network they would be helped greatly by knowing what that person is interested in. Volunteer groups can take many different forms:

- Phone book contacts who are interested in charity work

‌‌Volunteers may then do some kind of outreach which is particularly relevant to these groups. The key task to find common ground between your connections and the campaign/candidate you want them to be informed about. ‌‌‌‌‌‌‌‌

‌‌Ok, so just to recap. There is no shortcut when it comes to building relationships and encouraging people to get behind political campaigns or candidates. Sowing the seeds of relational organizing is really for long term gains and many of our campaigns will not see the benefits in the short term. ‌‌Political campaigns have traditionally been obsessed with their vote goal, the number of votes needed to win an election. However, what we are now seeing is a shift in focus brought about by relational organizing. This shift is centered on building people-power, mobilizing and building grassroots support. Why? Because, when campaigns focus on this effort they are just as likely to get to their vote goal but they are also building a movement that is more sustainable over multiple election cycles. ‌‌The beauty of long term planning is that it really does matter in the long run. You hope your campaign will outlast a candidate. You hope your messaging will outlast your campaign. Building for future generations is what politics is all about. Relational organizing is quality engagement with people. It is pushing people from casual supporters to committed volunteers and that way of network building solidifies organizations. ‌‌